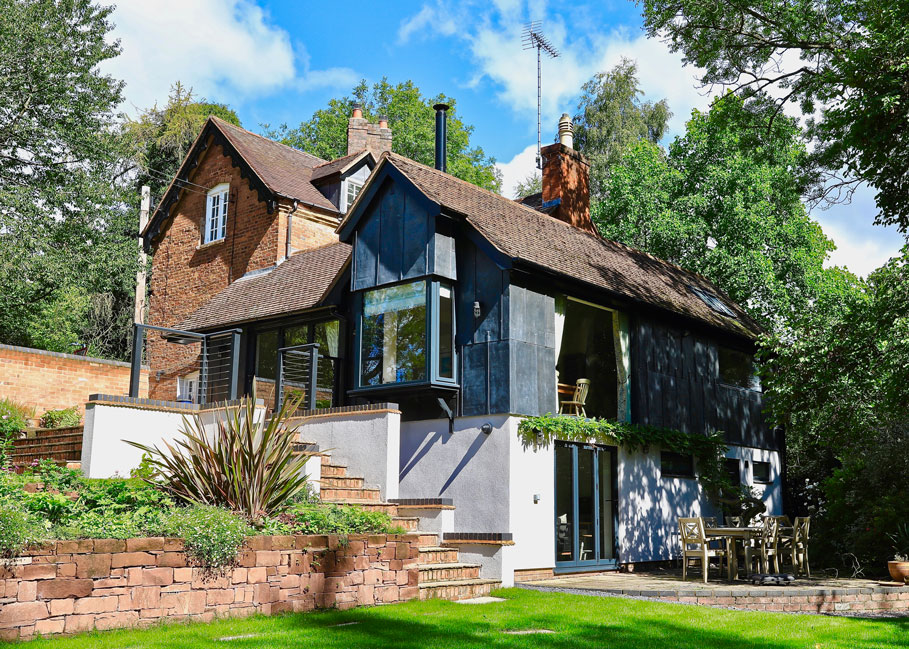 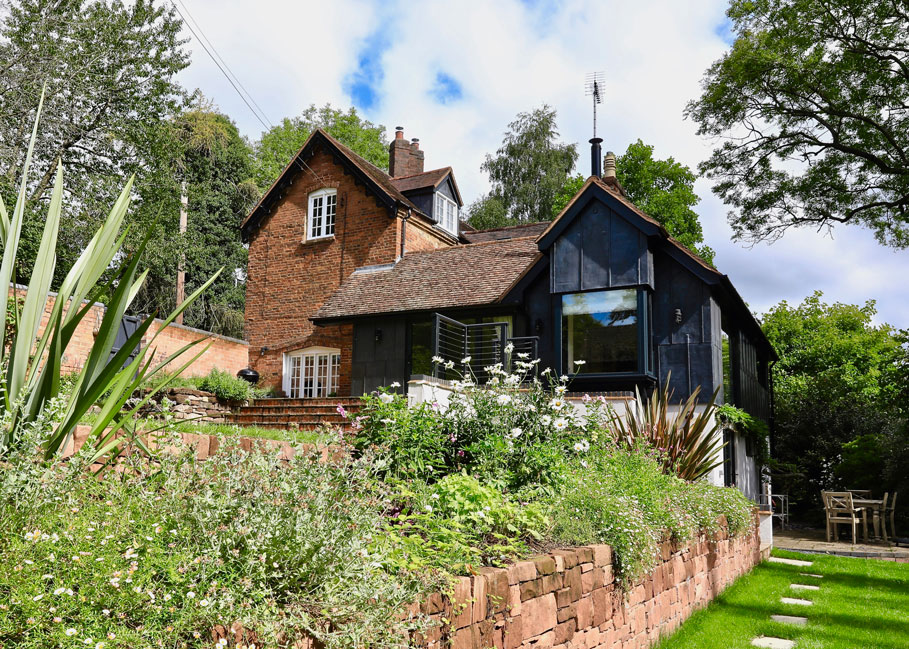 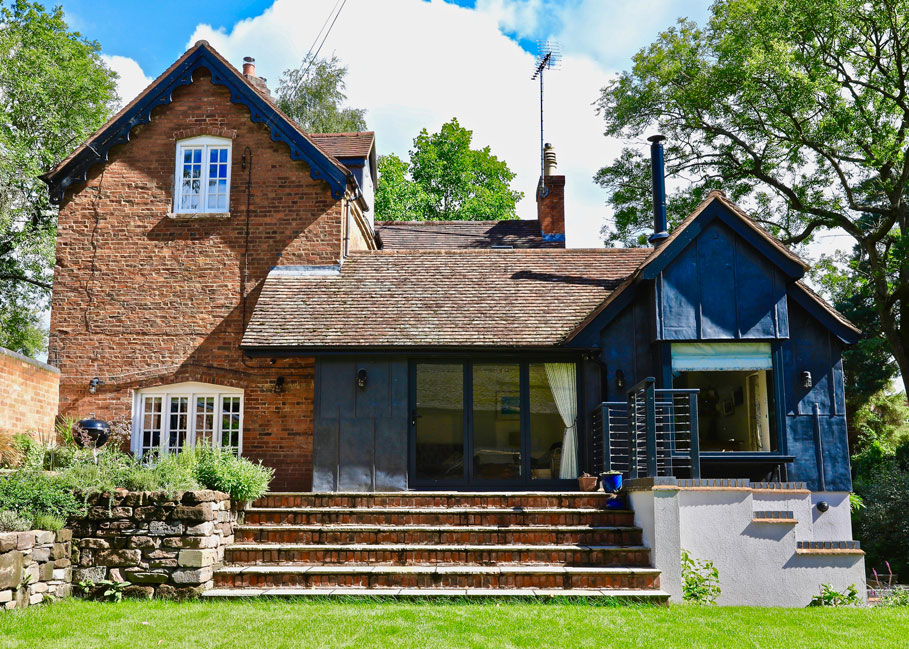 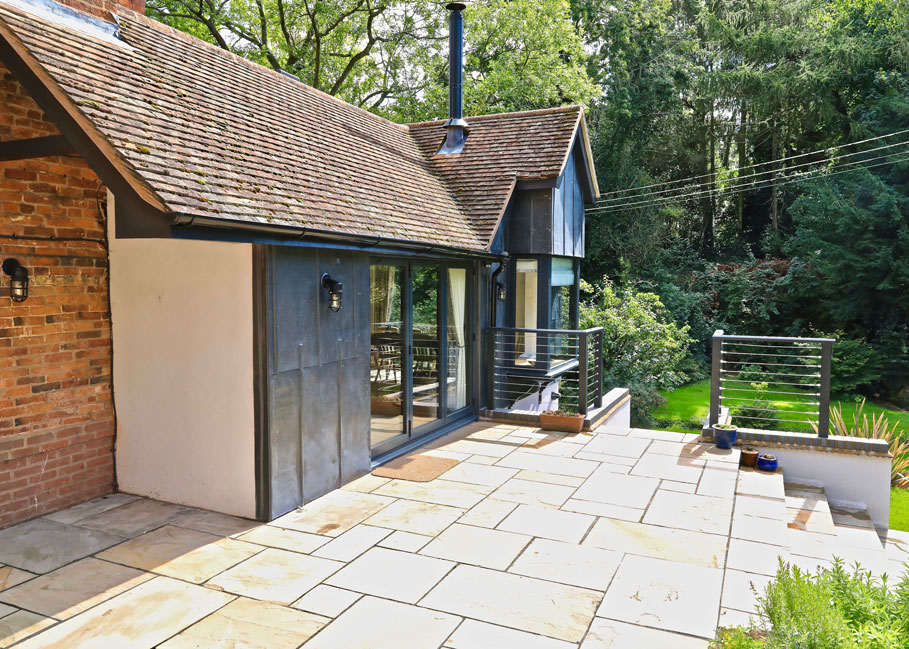 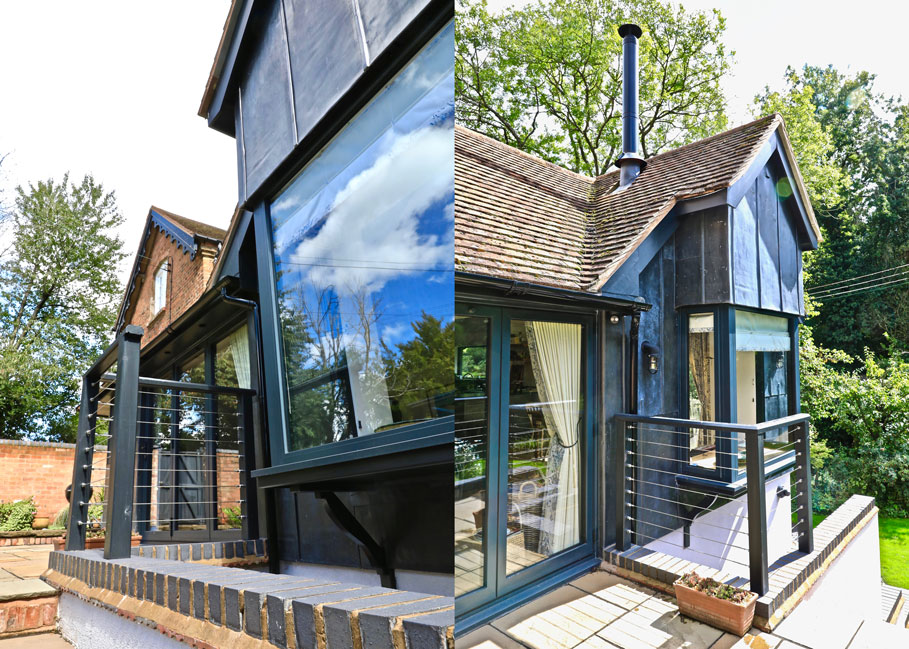 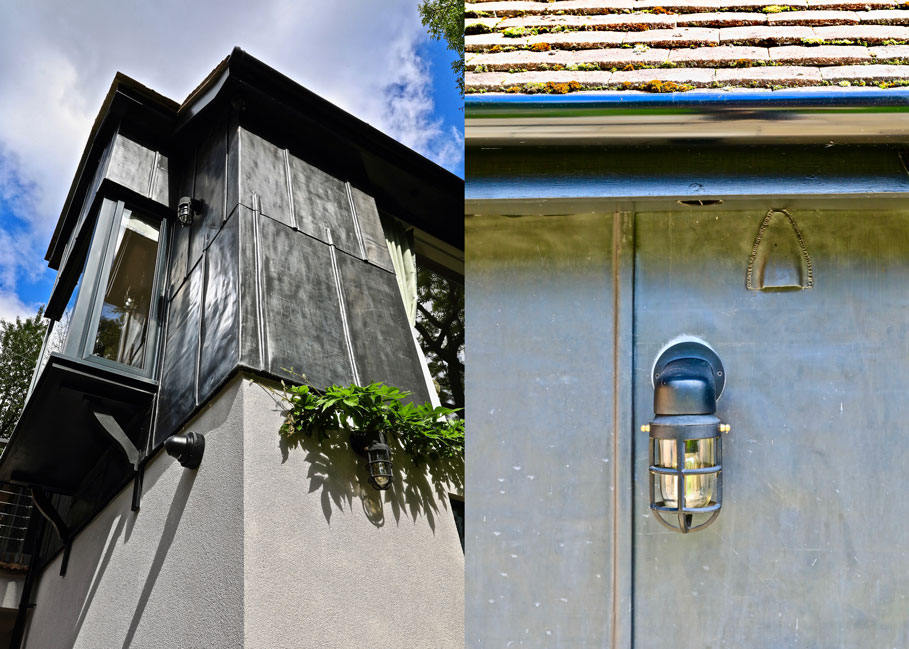 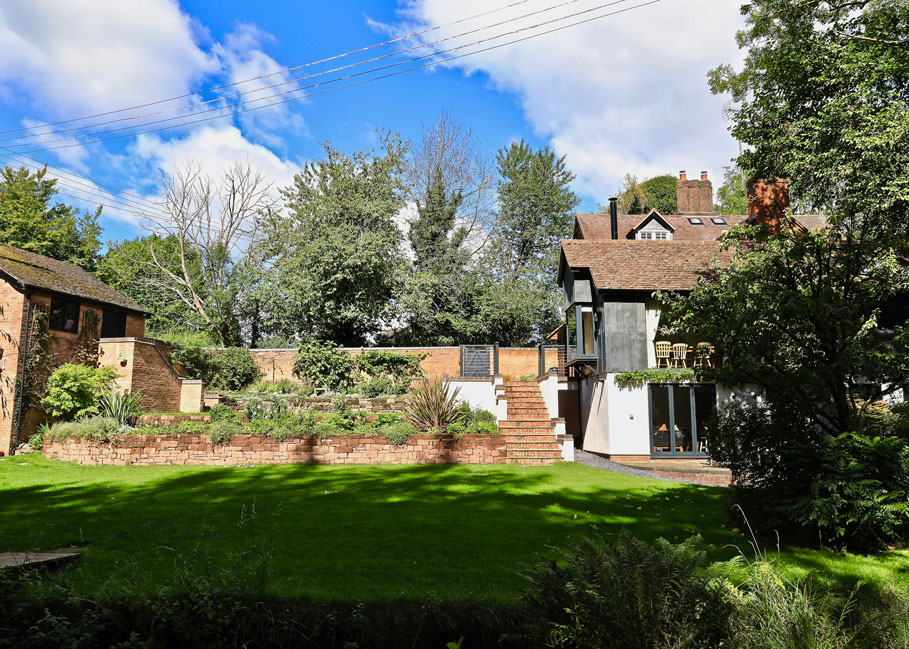 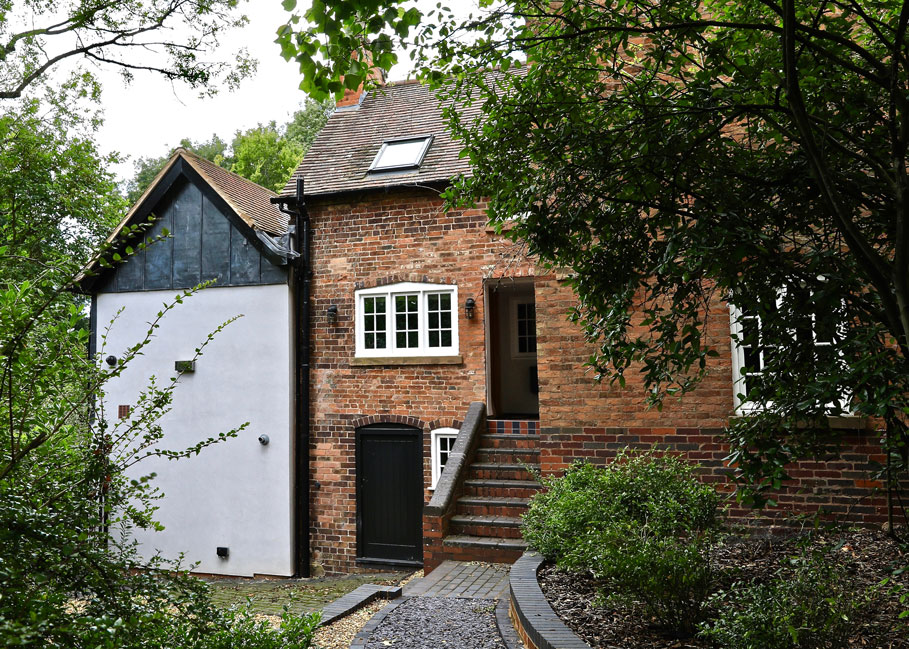 Based in the heart of a conservation area, this existing house consisted of a 4-storey, period property with a 2-storey, 1960’s extension. The client contacted us about our residential architecture design services…

Set into a steep bank, the existing building’s multi-floor, layout led to many disparate, disconnected rooms. In addition, the layout led to a poor connection between the plot’s, multi-level, garden and the house.

Design at Source were briefed with the task of extending and renovating the existing house to meet the needs of modern living, as well as improve the connection between the garden and the house. The team took a holistic approach to their residential design concept re the existing plan layout.

The ground floor became the shared living space. Re-locating the main entrance and hallway to the opposite side of the house, where the existing kitchen had been, freed up the elevation facing the disconnected garden level. By extending the upper garden up to this elevation, created that much needed link between the house and the garden.

Folding doors from the upper garden, led to a ground floor, day lounge, which in turn led to a newly created open plan kitchen and informal dining area. The proposed kitchen was made larger, by removing the existing single storey extension and replacing this with a two-storey extension. The informal, dining area offered a new, large picture window to the garden and the brook below.

Knocking through a series of small rooms, rationalised the overall layout of the first and second floors, to produce three large, double bedrooms and an office. The master bedroom led to a large, En-suite bathroom, while the remaining two double bedrooms shared a Family bathroom.

The basement was developed to house a series of rooms, that could cater as a future, self-contained flat, if required. A double bedroom was planned, with its own En-suite bathroom. Meanwhile, a utility room was proposed that could easily be turned into a kitchen. The guest WC and boot room were located down on this level to feed the ground floor, shared, living space.